The Star Wars films are timeless tales that have been told in various forms for generations. They resonate with us, which is why we love them so much. People use stories to make sense of their lives and have done so since the beginning of time. George Lucas managed to create one of the greatest stories ever told with his Star Wars Saga. Both trilogies revolutionized filmmaking in one way or the other.

With the release of The Last Jedi, fans are completely split. You either love it or you hate it. These are the Star Wars films, ranked worst-to-best.

It may not be what you expect. This is legitimately the only film on this list that is a bad film. Not only that, but it’s a horrible Star Wars film. It makes the prequels look much better in retrospect. In fact, it makes every Star Wars film look better. The film has no pacing, there’s too much forced humor during inappropriate moments, and there is no coherent plot. That’s not to say there aren’t good elements. Luke’s entire character arc is amazing, but it’s lost because the film’s structure is all over the place. Ben and Rey’s stories are both enticing too.

The Last Jedi has no identity though. One second it’s saying everything is hopeless, and then it’s trying to preach a message of hope. There’s no reason to care about anyone besides Luke, Ben, and Rey. It’s not fun. The film lacks any joy whatsoever.

Luke’s incredible return and story arc is ruined by a horrible film, and that is a shame.

7. Attack of the Clones 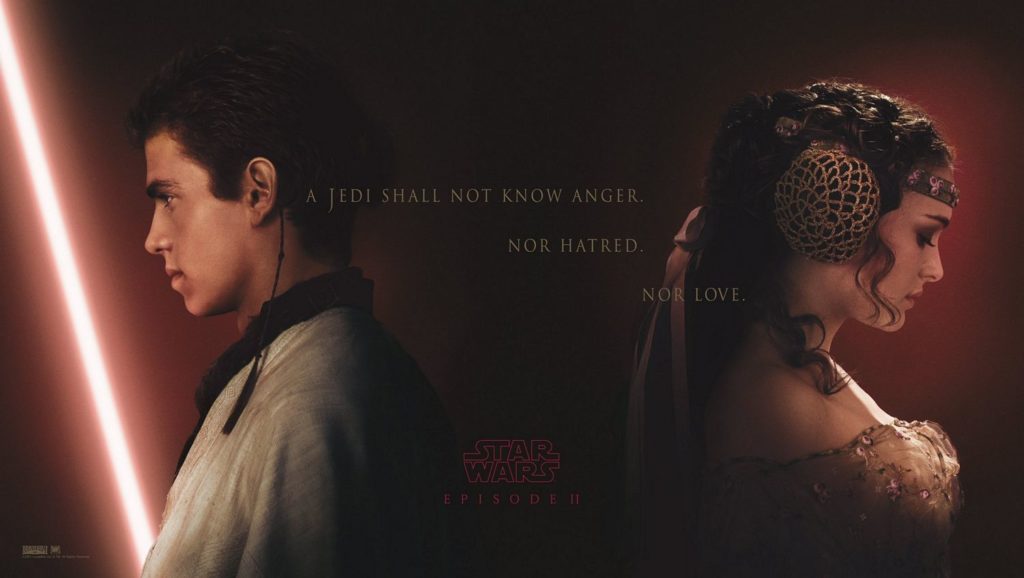 While Attack of the Clones isn’t a bad film, it is one of the worst Star Wars films. That being said, watching this entry in the Saga directly after viewing The Last Jedi makes it seem so much better. Obi-Wan had a cool detective arc, the battle scenes are pretty awesome, and the CGI isn’t too bad, but the love story is cringe-worthy. Anakin isn’t as bad as some people make him out to be, as Luke was just as whiny, yet fans love to romanticize the hero they grew up with. While Attack of the Clones had a great premise and many of the pieces are in place, they don’t fit together quite right due to bad editing. It does have some wonderful moments though and is a solid entry in the Saga. There was a time when A New Hope wasn’t even given the subtitle A New Hope; it was simply called Star Wars. It was the movie that started it all and is a wonderful film in its own right, but it doesn’t have the kind of depth the other Star Wars films have. It revolutionized visual effects like no film had before it and created the modern-day summer blockbuster, but that doesn’t make it the best Star Wars film. A New Hope’s pacing is so-so, the dialogue is a little clunky at times, much like the rest of the series, and it lacks the emotional depth that the other films do, even with Obi-Wan’s death, due to a whiny and at times unlikeable protagonist. 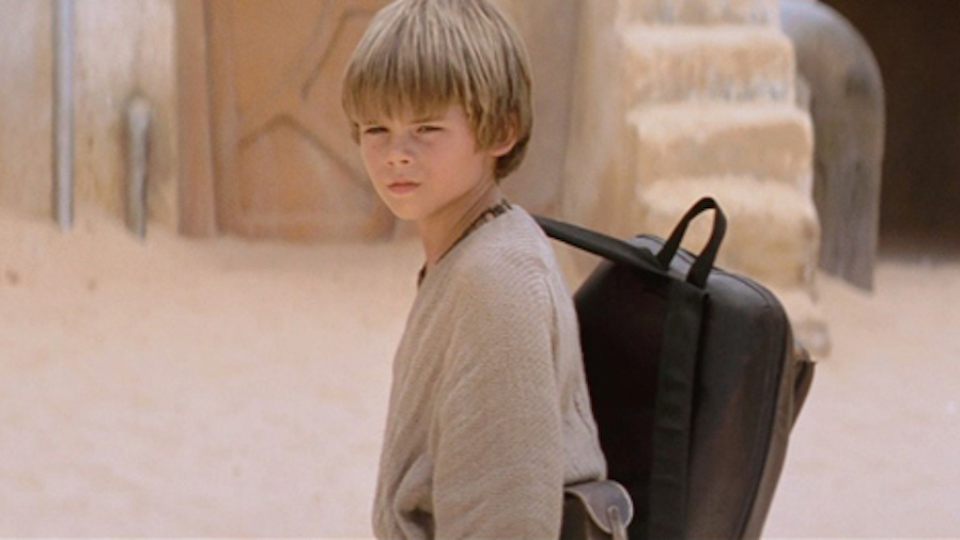 Jar Jar Binks did not ruin Star Wars. Now, with that out of the way, The Phantom Menace had a tough job. It had to lay the foundation for an entire saga, and it did a fantastic job of doing that. Jake Lloyd was not nearly as terrible acting-wise as some would have you believe (he was only eight years old). Even though the film may seem “mired” by the political backdrop of the Republic, these politics are important because they set the groundwork for Palpatine’s rise to power. Darth Maul was a really cool character and the lightsaber battle at the end was incredible. Jar-Jar was annoying, but he didn’t destroy the enjoyment of the film. I was both surprised and skeptical when a Sequel Trilogy was first announced. I went into The Force Awakens with no expectations at all. I found it surprisingly satisfying though. On the surface, it may seem to simply be a re-hash of A New Hope, but there are so many different layers to the film on multiple viewings, and fans will analyze the “forceback” scene to no end. I have my theory on who Rey’s parents really are, but it would spoil a part of The Last Jedi.

Many people refer to Rey as a Mary Sue character, but I disagree. Yes, she’s resourceful, she can use the Force out of nowhere (“They continually speak to you, telling you the will of the Force.” – Qui Gon Jinn), but there’s also a vulnerability and a loneliness to her. The film was a lot of fun, harkened back to the glory days of Star Wars, and had some hidden depth. It’s better than many give it credit for, especially now that we’ve seen the colassal disaster that is The Last Jedi.

I am actually glad J.J. Abrams is returning; maybe he can fix this mess that Rian Johnson has created.

3. The Empire Strikes Back The Empire Strikes Back is lavished as the best of the Star Wars films, and for good measure. It had the depth that A New Hope lacked, it was the dark middle act in a trilogy, and it had one of the greatest reveals in film history. This was the turning point for the series, as it is what defined Star Wars as the rise and fall of Anakin Skywalker. Yoda was an incredible character and the puppetry used to bring him to life was so realistic and for the time, innovative. The dialogue in the film is also the best in the series. Empire had the depth, darkness, acting, and story that is superior to almost every Star Wars film.

2. Revenge of the Sith 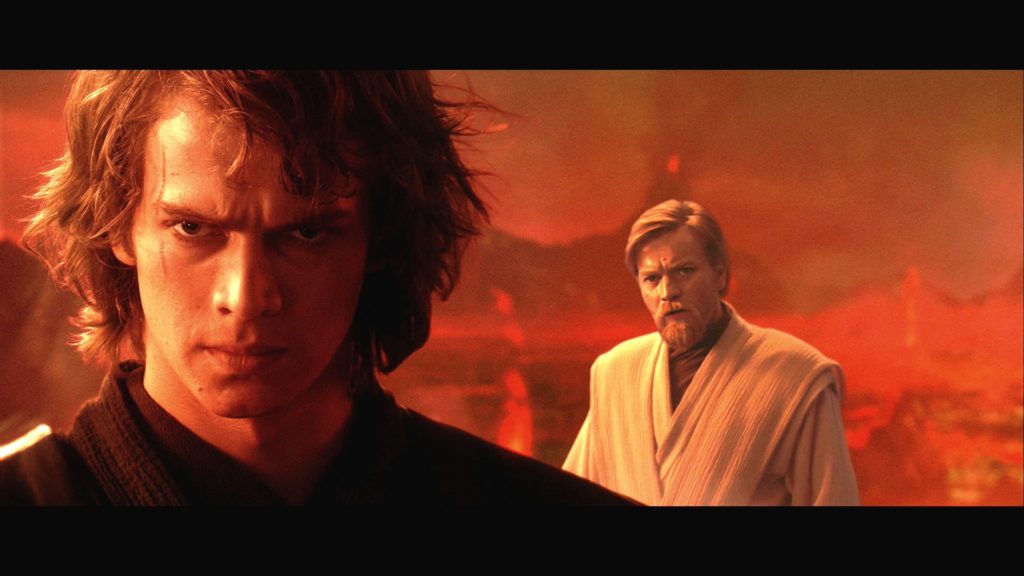 Revenge of the Sith is the finale of George Lucas’ epic Star Wars Saga. Action packed with a lightning-speed pace, Revenge of the Sith tells the story of the fall of Anakin Skywalker. It is not a perfect film, but if you view Anakin Skywalker’s fall to the Dark Side as a two-hour transformation into the suit rather than a one-hour turn, the story actually does work. The lightsaber battle with Obi-Wan and Anakin is the best saber duel in the Star Wars films. Padme and Anakin’s relationship is believable in this film, rectifying one of the glaring issues from Attack of the Clones.

You really see Anakin’s struggle to do the right thing in the film, from telling Palpatine he shouldn’t kill Dooku because he’s an “unarmed prisoner” and it’s “not the Jedi way”, to telling Mace Windu to arrest Palpatine because he’s “unarmed” and it’s “not the Jedi way” to kill him. Both respond that the latter is “too dangerous to be left alive”, and while the dialogue is not perfect in Revenge of the Sith, it’s these subtleties that make the film great. It shows the hypocritical nature of the Jedi and gives Anakin one of his motivations for turning to the Dark Side.

Revenge of the Sith has depth, it has amazing action, it has decent acting, and it tells a very human tale that resonates with people. The dialogue isn’t perfect, but there are parts that rhyme with one another, like a stanza in a poem, and when noticed gives one a very gratifying feeling.

1. Return of the Jedi Return of the Jedi saw the spiritual death of Darth Vader and the “return” of Anakin Skywalker. These scenes were done to perfection. The beginning of Return of the Jedi was important to wrap up plot points dangling from the previous film and establish Luke as a powerful Jedi, but it drags on for quite a while. Every Star Wars film does this though, so it’s actually okay. Though the space battle against the Death Star was impressive, as was The Battle of Endor, but that’s not where the heart of this film lies. This film ties up the entire saga in a satisfying way and everything with Luke, Vader, and the Emperor was done to perfection.

It’s a simple story of redemption. The six films are based on the rise, fall, and redemption of Anakin Skywalker, and Return of the Jedi gave the Saga a perfect conclusion. That is why it is the best Star Wars film.