Final Fantasy XV has been delayed, if the rumorville is is to be believed. Supposedly, corporate members of Square Enix are approaching the gaming retail goliath GameStop to instruct them to change the release date to November 29, two months after the original release date.

Allegedly, this image gives GameStop employees instruction if they need to adjust their displays for the new release date. 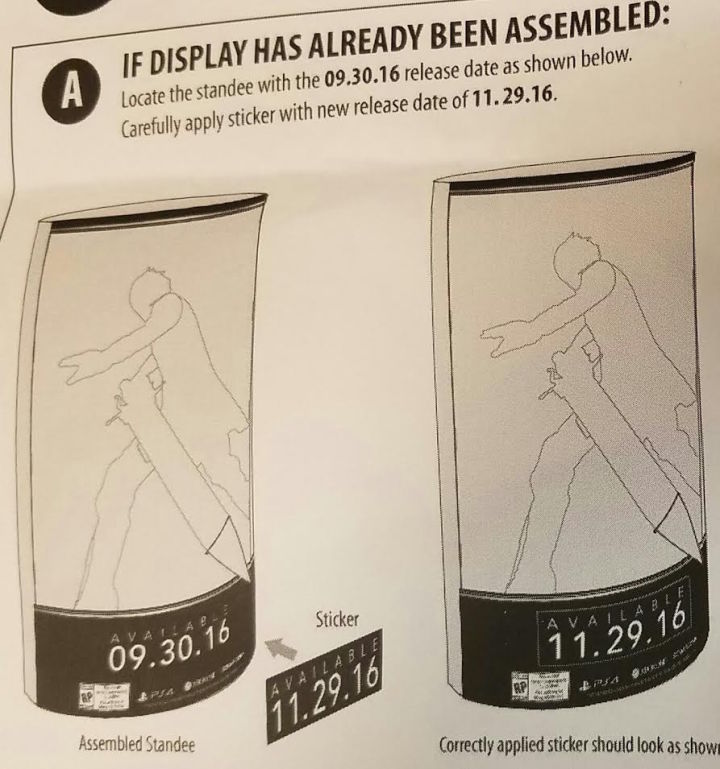 While a two month delay isn’t horrible, fans have been avidly looking forward to the next installment in the Final Fantasy series. It is not confirmed that Final Fantasy XV has been delayed, but evidence is mounting up in favor of the fact. The title is the most highly-anticipated in the series in years, and from what has been seen at various events such as E3 validates the hopes people have for the game. Hopefully the developers can use this time to polish the game up and make it into the best Final Fantasy outing since XII, considering all games in the series since have been rather lackluster.

Final Fantasy XV will release for Xbox One and PlayStation 4 and given the new release date, will be prime for the holidays and holiday shoppers.