Zero Time Dilemma is the game that should never have been. It was always intended to be developed as the final installment in the Zero Escape series, but due to low sales in Japan and restrictions placed on the creator for Virtue’s Last Reward, Zero Time Dilemma was never to see the light of day. Four years later, The third game in the Zero Escape series has finally been released, in large part due to fan intervention. Even creator Kotaro Uchikoshi has said that this game was only possible because of fan intervention. With that being said, our Zero Time Dilemma review has been a long time coming. This is the final installment in Uchikoshi’s sweeping epic, and nothing that came before could have possibly prepared us for what was yet to come.

First, it must be said that while playing the previous two games in the series is very advantageous, it is not necessary in order to play Zero Time Dilemma. There is some exposition that catches you up to the current events, which does make it accessible to newcomers to the series. Picking up where Virtue’s Last Reward left off, the mystery behind the Mars test site experiment is finally revealed. In an unexpected turn, nine players, five familiar faces and four new, are thrown into the Decision Game by none other than Zero — a familiar pseudonym for the antagonist of the series, although each “Zero” is a different person. 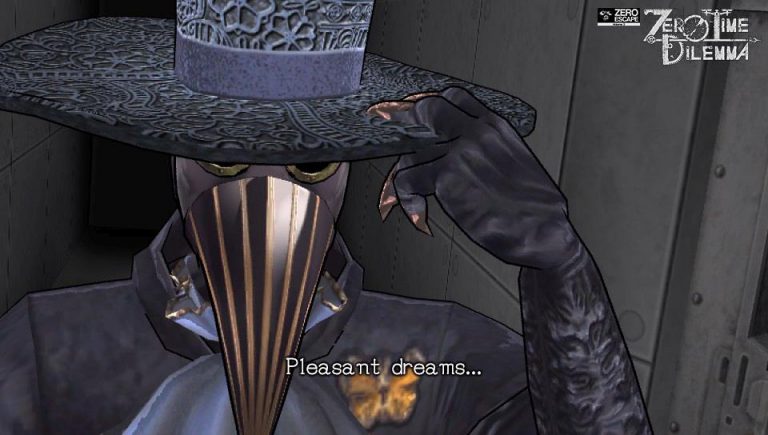 The three main protagonists of the game are completely new: Carlos, Q, and Diana (in a sense.) The characters are grouped into three teams: C Team (Carlos), Q Team (Q), and D Team (Diana.) Players are forced to make life-or-death decisions that not only affect their teams but the livelihood of others as well. The trust and bonds that you create with your comrades are tested to the limit. The game is told out of order and you can actually choose how to experience it, which is a very interesting take on the genre, with it being a pseudo-graphic novel. Scenes that don’t make sense at first come full circle in the end, depending the order you play them in, and are incredibly rewarding. I actually found myself making some very uncomfortable choices that I simply did not want to make and only to unlock certain scenarios. It is a gritty game full of violence, time travel, and philosophy that tells a very compelling story, especially if you’ve played the previous two games in the series. The only fault I could find with it was the fact that a few of the newcomers are not only unlikeable, but irredeemable in my eyes, and this left me very uneasy. 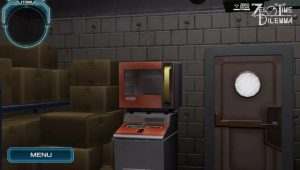 Over the course of our Zero Time Dilemma review, we began to notice more and more how fascinating the puzzles in the game were. They were by no means push overs and had references from mythology, psychology, quantum physics, and philosophy. It will take more than one play through to fully grasp how all of these connections ultimately fit together within the story. The puzzles are as difficult as ever and can be mind bending, yet when solved, they are also incredibly rewarding. Each quest scenario entails navigating an escape room and finding clues in the form of notes, patterns within the rooms themselves, and items which can be used to solve puzzles within the room in order to ultimately escape unscathed — or so you think. 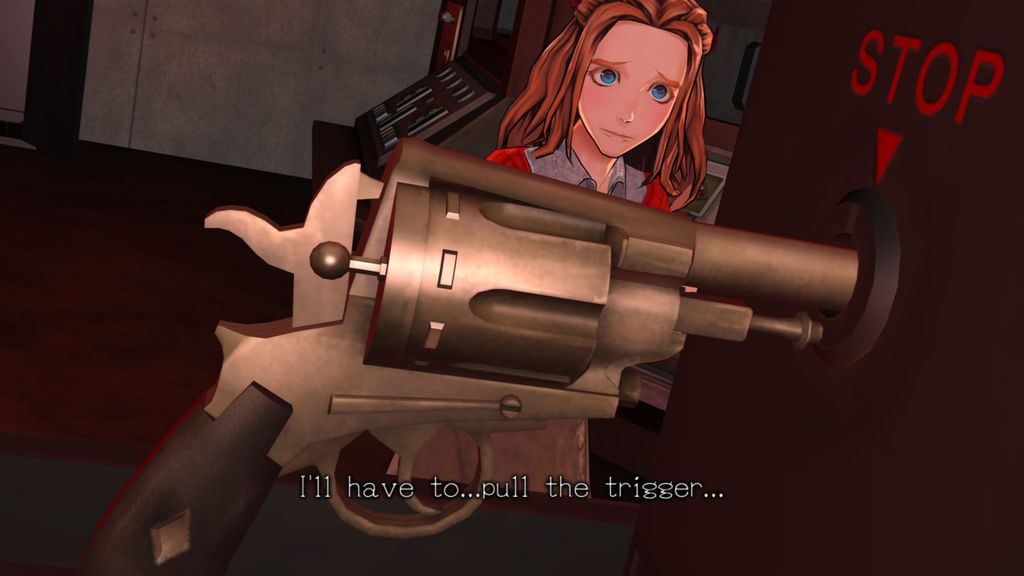 While some of these escape rooms can be very difficult, especially those which include math and converting letters or numbers into some kind of code in order to unlock a puzzle, it really stretches your mind, which makes it all the more worth it. Other than the traditional puzzles found in escape rooms, there are also moral quandaries you find yourself placed in, and this is the essence of the Decision Game the characters are forced to play. Will you sacrifice X character to save yourself? Will you sacrifice X character to save another? Will you sacrifice an entire team to save your own? These are the kind of dilemmas you find yourself placed in which was the most rewarding part of the game while playing through the title for our Zero Time Dilemma review.

The presentation of Zero Time Dilemma is very different than previous incarnations of the series. Yes, there is a global flow chart, but due to the lack of a single playable character, sections are broken off according to team. While I first found this a little bit confusing during my playthrough for our Zero Time Dilemma review, I actually really liked playing all the segments from one team (that I could unlock) and then playing segments from another team. For instance, as Sigma and Phi are my favorite Zero Escape players, I played through all their unlockable sections first. I then moved on to two familiar faces in Akane and Junpei. The last group I played was team Q, and after I was able to finish their unlockables, it was almost nothing but cutscenes for maybe 8 hours. 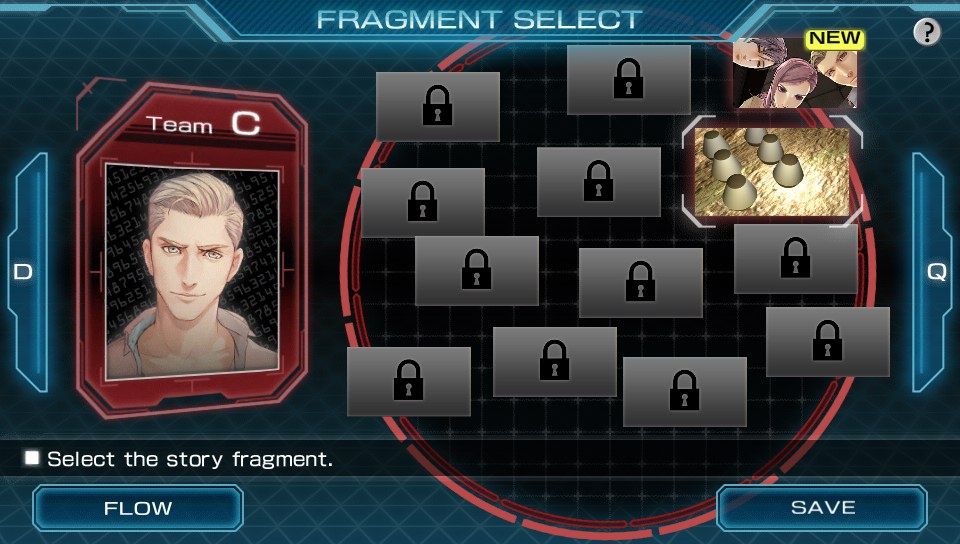 Now, these cutscenes were fully animated and the art style was top notch. I loved it, but this could be seen as a fault that Zero Time Dilemma has, although I had no problem with it. While I thoroughly enjoyed the game during the course of our Zero Time Dilemma review, and the cutscenes were incredible and actually brought me to tears on occasion, the escape rooms weren’t spread out enough, as I really enjoy puzzle solving. The Decision Game continues and that aspect of the moral puzzle solving is kept intact, but I wish that the escape rooms were more plentiful, although I understand why they weren’t in context of the narrative. 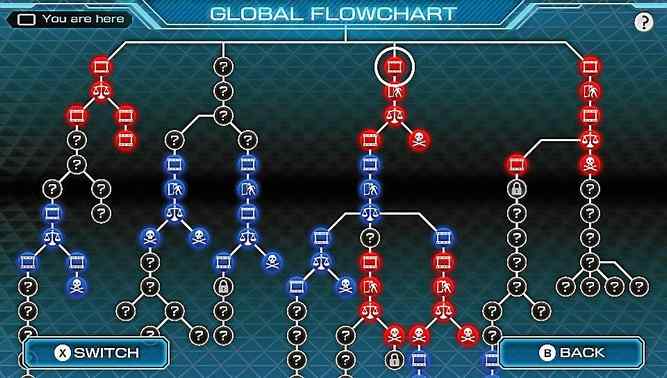 On another point, it would be a crime not to mention the music by Shinji Hosoe. His music is as gripping as always and while the game does feature some remixes from previous games, Hosoe finds the perfect balance between both horror and tragedy in his epic score and this sets the mood for an adventure that everyone should experience. 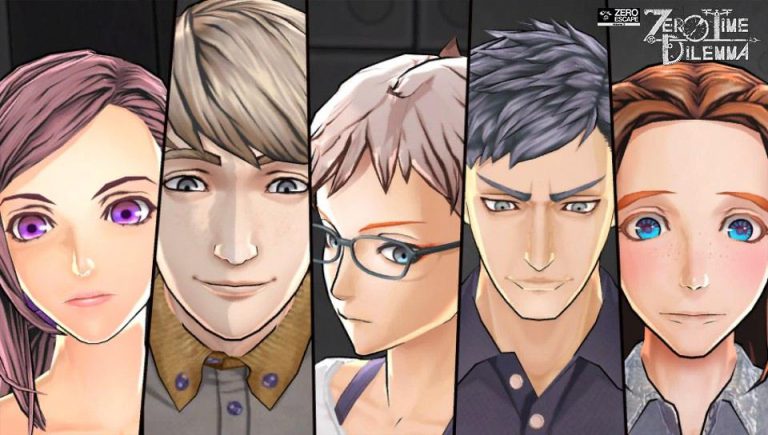 One thing became clear during our Zero Time Dilemma review: it is a masterpiece. It has the gameplay elements of a video game, the incredible narrative of a whacky novel or even anime or television series, and interactive elements that are found few and far between in the video game industry. It is the final installment of the Zero Escape series and, without a doubt, the best. Despite some flaws or criticisms, that doesn’t take away from the game. Nothing reaches perfection; it is an ideal. Zero Time Dilemma sets out to tell the story Kotaro Uchikoshi wanted to tell the way he wanted to tell it, and the result is nothing short of a masterpiece.