Noein – to your other self came out in 2005. This was before the time of anime streaming, and as a show that wasn’t licensed, I, like so many other people downloaded the series online (I was a pirate, sorry!). Later on, I did support the show by purchasing the DVDs released by Manga Entertainment. Within the past year Funimation acquired the rights to the series. They released a fantastic Blu-Ray set, which I currently own. But all of this is beside the point. As opposed to Eureka Seven, which was released during Noein’s run, Noein was not very well known in the anime community. It was a niche series. The series briefly aired on G4’s anime block, but it was still not widespread. It is a beautiful story that tells the tale of Yuu Gotou and Haruka Kaminogi and their journey of self discovery. Despite Haruka seemingly being the main character, she actually doesn’t develop all that much. In fact it is Yuu who has the most fascinating character arc in the series. An interesting note: Noein means “to observe” in Greek, as Haruka is the absolute observer and makes what she sees a reality with her mysterious powers.

Noein is, at its core, is both a character piece and a science fiction story. Quantum mechanics is a staple of the series, as well as the many-worlds interpretation of Quantum physics. For every choice we make, according to the show and some scientists, the universe branches off into infinity as all possibilities exist. They need an absolute observer though to continue their existence. This is where Haruka comes in. She has mysterious powers and is referred to as the ‘Dragon Torque’ with the ability to alter reality through her power as an observer. Beings suddenly appear though from another space-time to acquire her powers, and one of these individuals is in fact an alternate version of Yuu. 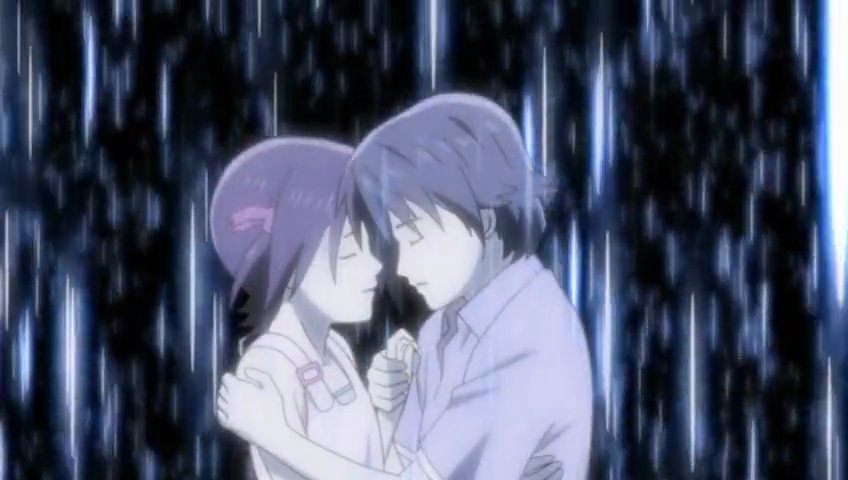 Karasu, as he is called, later joins Haruka’s cause to save all worlds from the mysterious Noein, the titular character of the series. He wants to converge all possibilities into a singular world, which is not so different than ideas found in Buddhism. The dichotomy between Yuu and Karasu is quite interesting, as Yuu is an annoying emo kid in the beginning of the series and Karasu is a hardened character with only one goal: protect Haruka, as he wasn’t able to in his dimension.

Throughout the series though, Yuu grows tremendously. He begins to stand up for himself and isn’t filled with self pity any longer. Karasu also grows, as he is not the cold character we are initially introduced to. Haruka seems destined to die in all space-times, but Karasu is hell bent on preventing this. Yuu and Karasu learn to accept each other, and it is interesting to see how the characters compare to one another. There is another player in this dichotomy, but it goes into spoiler territory. In fact, there is so much I could go into, but I don’t want to spoil the series for those who haven’t seen it. 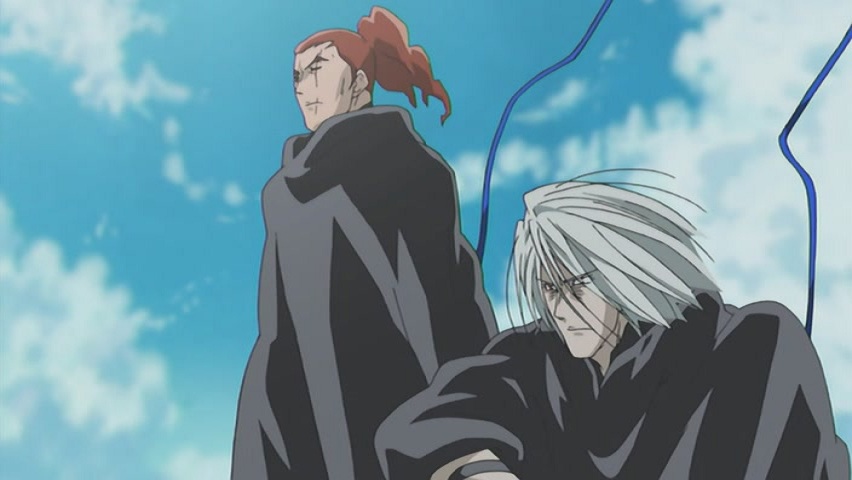 Noein has science fiction as a backdrop, but at its heart it is a character piece about the struggles of growing up. The music is tremendous and Hikaru Nanase outdid herself with the score. It is both epic in scope and heartwarming when needed. The secondary plot is really the only downfall of this anime, but it can be overlooked because the main plot is so intriguing, including the mystery of Noein. Yuu wants to run away from life and not face reality, which is a struggle that so many people face. People can identify with him and it resonates with viewers. But at the end of the day, Yuu faces his fears and becomes a true hero, inspiring us all.

While Yuu reflects the “light” side of the Yuu character, Karasu is somewhere in between. We later see a character that reflects the dark side of Yuu, and these three characters are the core of the show. There are some truly epic moments in the series, such as episode 20 when Yuu saves Haruka from Noein’s clutches, which has some incredible animation. The music is fits the scene perfectly. The dichotomy between Yuu and his “other selves”, which I believe the series is aptly named for, is the heart of the show. Yuu’s journey is one of the best stories in all of anime. 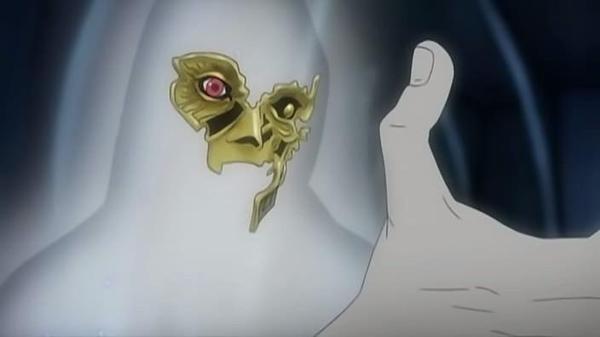 Noein is not widely known. It is a fascinating tale of a boy facing his fears and continuing to move forward, no matter how painful the future may be and regardless of Haruka’s possible death in the future, which affected his other selves profoundly. The supporting characters are charming and their relationships are a cornerstone of the show. Yuu and Karasu are fantastic characters, although they start out rather slow, as does the series. If you stick with it though, you won’t be disappointed. The show may not be widely known, but Noein is full of a deep mythology which was actually researched pretty well. The animation can be a bit spotty, with different styles being implemented in different episodes, but it actually is cool to see what these talented animators bring to the table, making their mark on the series. It is not perfect by any means, but Noein is a vastly underrated show and should be watched by all.