The Walking Dead Instagram account may have let it slip that Ezekiel, a prominent character in The Walking Dead comics, may be making an appearance in season seven. They posted a picture of the character in comic book form stating that he and his pet tiger would be appearing next season until it was quickly deleted, perhaps because they realized they let the cat out of the bag just a little too early. 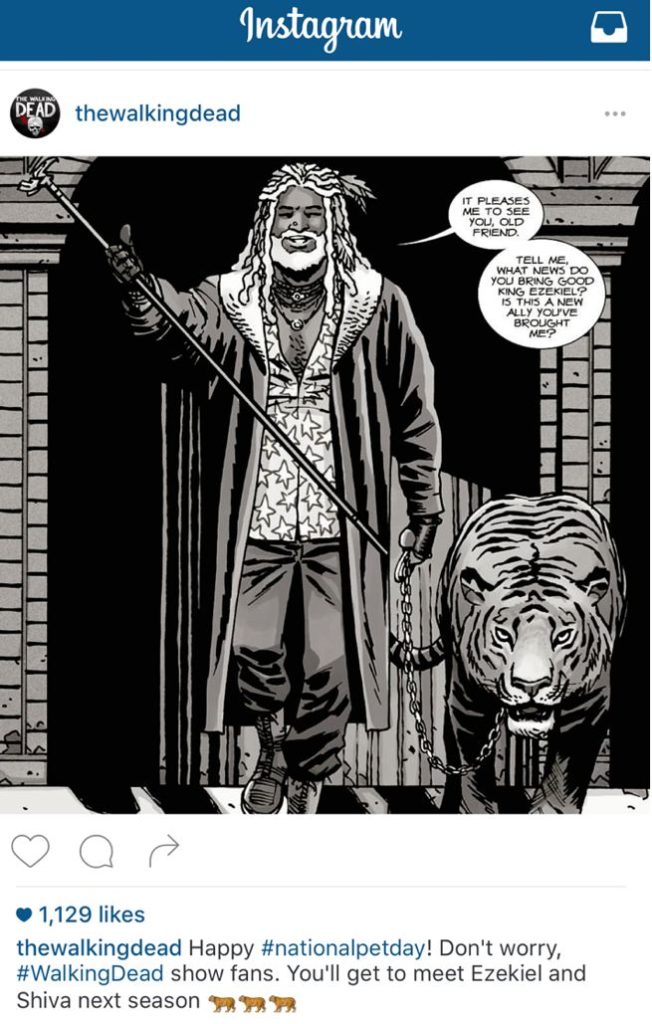 As the leader of the Kingdom, this will be another faction introduced into the Walking Dead TV universe in an ever-expanding cast of characters.