During the course of our time at E3, we had the pleasure of witnessing a portion of the campaign mode of Gears of War 4 for our Gears 4 preview. Now, this is a title that we’ve been incredibly excited for since it was first announced at last year’s E3. Although we felt the multiplayer beta was a little lackluster, we did emphasize that it was just a beta and not a finished product. The Coalition has been hard at work to make this game the Xbox One title to own. Given The Coalition’s track record with the Gears Ultimate Edition, we were never really worried. If the demo we witnessed in our Gears 4 preview is any indication, this will be an incredible game that will satisfy Gears fans and new players to the franchise alike.

First and foremost, we have to say that this is the most beautiful game that we have seen on the Xbox One. It runs at a steady frame rate and is head and shoulders above any other Microsoft title; we were left in awe. 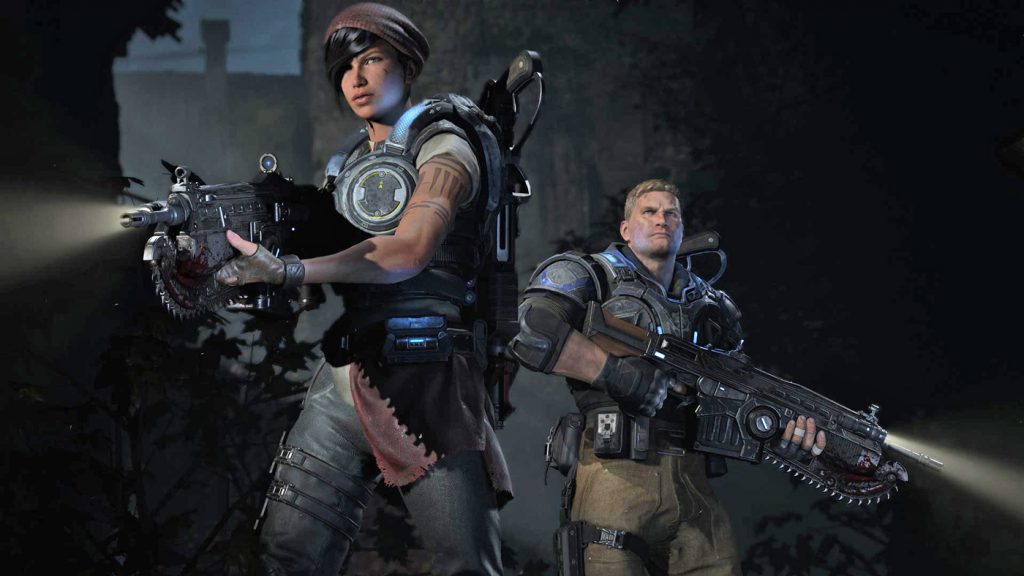 With that out of the way, the demo we witnessed for our Gears 4 preview was a portion of the campaign mode of the game. You will be able to play co-operatively via split screen, a trend which the industry has been moving away from. This feature makes us very pleased. If you purchase the Xbox One version of Gears of War 4 you will be able to take advantage of Microsoft’s Xbox Play Anywhere feature, which allows you to play the game on the PC for free. The three primary protagonists of the game are JD Fenix, the son of Marcus Fenix, Del Walker, and Kait Diaz. The premise of the demo was that Kait’s mother, Reyna, has been kidnapped by the Swarm, the new antagonists in Gears 4, and they are on a quest to get her back. The Swarm, for whatever reason, are abducting and incubating humans. As we stated in the title of our Gears 4 preview, the game brings both something old and something new, as this eerily reminds us of the occurrences of Gears of War 2. 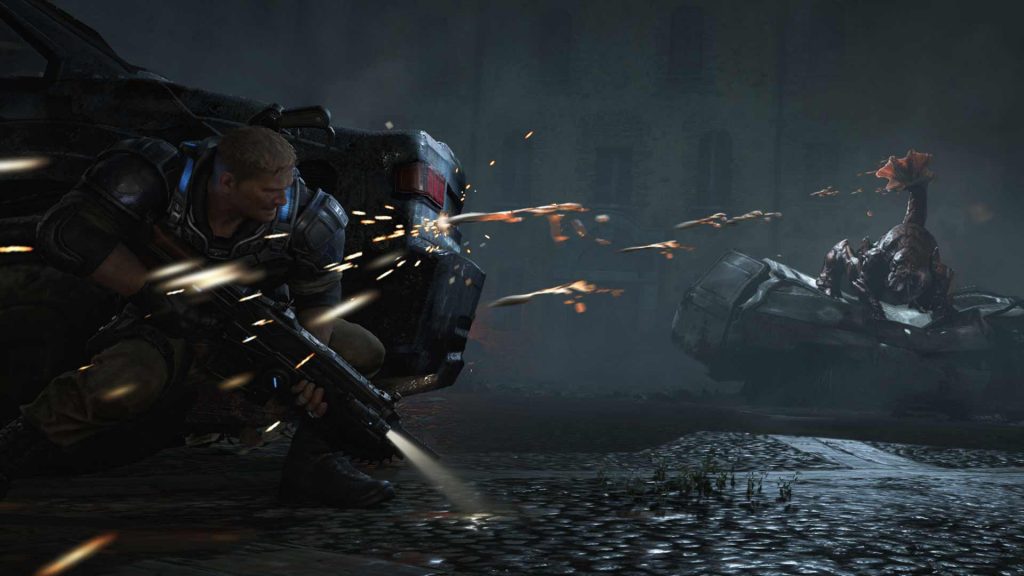 The combat that we witnessed in our Gears 4 preview was similar to what you would see in traditional Gears games, but there were some impressive changes that we really enjoyed. One such instance is that you can now melee enemies with a knife, stabbing them in the neck for a quick and instant kill. You can also pull foes over cover, which adds a new element of strategy to combat. One interesting thing that we noticed was that JD was not using the traditional Lancer, rather a Lancer called the Lancer MK3. What this may mean and what the differences are compared to the original Lancer we don’t know yet at this stage. Regardless, we are interested to see how it handles for ourselves. There were also additional new weapons that were present throughout the demo which were unique and original. Gears of War has always been like the summer blockbuster of video games, and Gears 4 is no exception from what we saw. 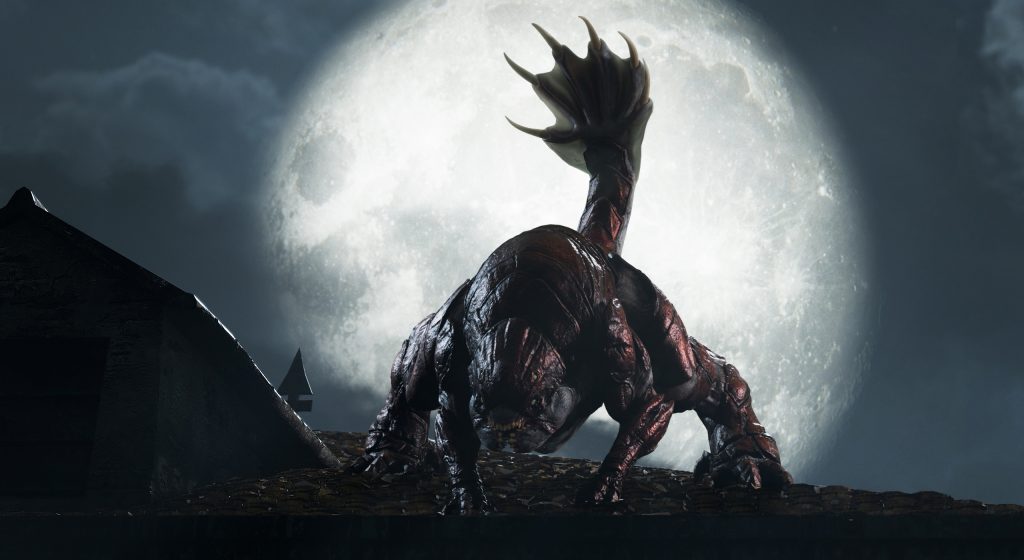 The brand new enemy in Gears of War 4 is the Swarm. There are several iterations of the Swarm and while they are different, they are also somewhat similar to the Locust and add a new element to the Gears of War universe. There are versions of the Swarm that actually reminded us of Wretches in their movements, but there were also versions of the Swarm that were completely original. There is an enemy who is literally called the Snatcher and is the one snatching up humans, presumably for incubation. The Swarm can also upgrade themselves and become more formidable, allowing them to then pick up weapons. This makes fighting them much more of a challenge. The Swarm can also burrow underground and even emerge from nests, similar to how the Locust used Emergence Holes. To close the nests that the Swarm open up, like with an Emergence Hole, you use a frag grenade. The design of the Swarm is magnificent and the artists at The Coalition were very creative in their designs, which must be praised. 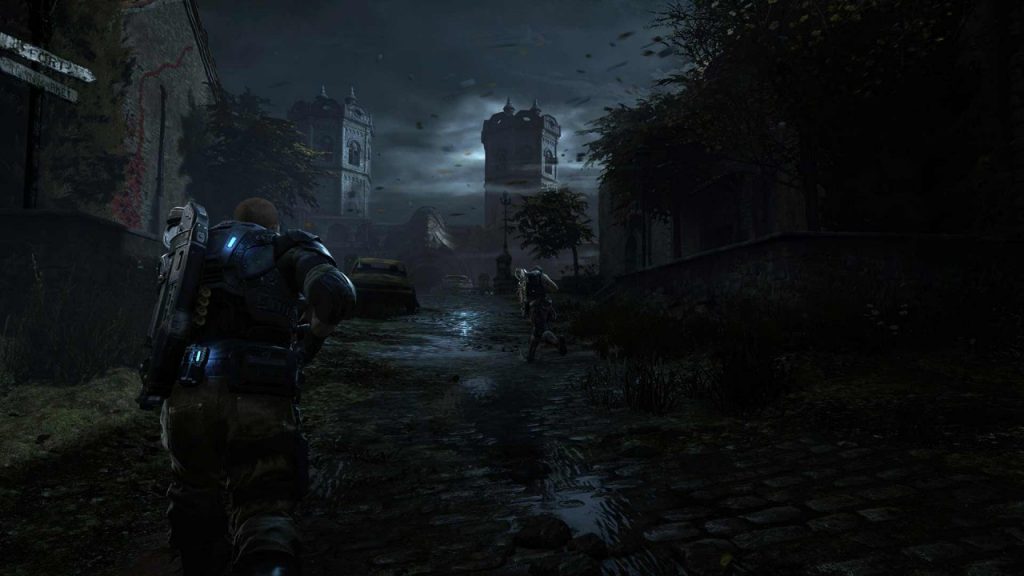 The environment that we witnessed during our Gears 4 preview left us very impressed. It had a very gothic-like vibe, as JD and crew were surrounded by either churches or castles. There was a storm brewing and it set the tone for a very dark atmosphere, which we hope persists throughout the Gears of War 4 campaign. The environments are completely destructible and once the characters entered a church-like structure, there were small pods on the ceiling which could be fired at and would contain weapons or additional ammo. We didn’t get a glimpse of the diversity of environments that are sure to be present during our Gears 4 preview, but rest assured we are positive the game won’t disappoint in this respect. 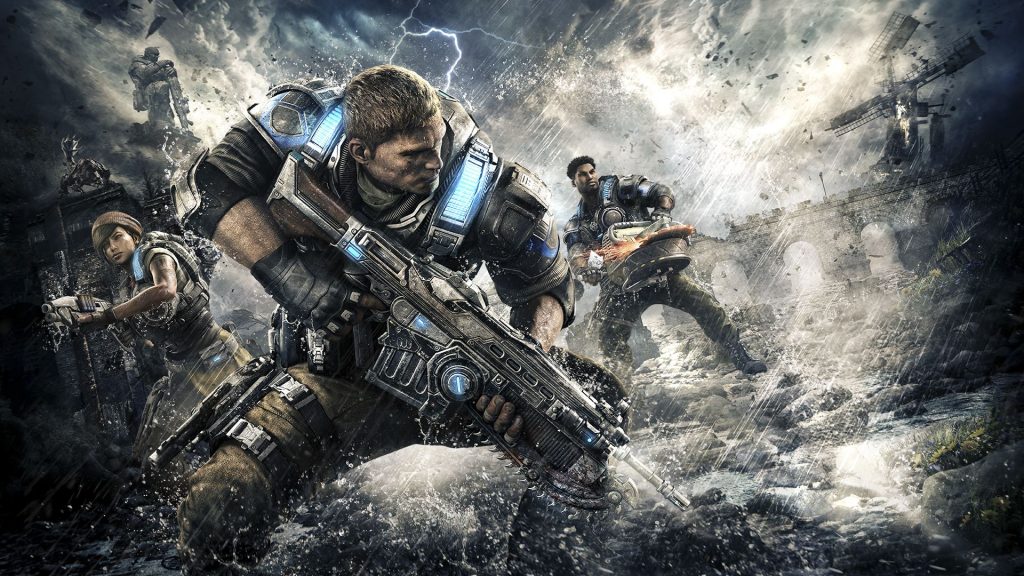 If there’s anything that we took away from our time with our hands-off demo of Gears of War 4 is that it will be the game that the Xbox One has been waiting for. The key to any successful game is to bring something old yet at the same time bring something new to the table. The Coalition has done this masterfully. With some new gameplay mechanics, characters, enemies, and a very different version of Sera, the game promises to satisfy long-time fans who are craving something new and at the same time make the game accessible to players new to the franchise. During our Gears 4 preview, it became apparent that this was one of the most impressive games shown at E3, and that is no small feat. The game releases on Xbox One and PC on October 11 and if what we witnessed is any indication, Gears of War 4 will be the definitive Xbox One experience.