Pokemon Go may have taken the world by storm over the last few weeks, but we shouldn’t forget that a brand new generation of Pokemon games is just around the corner. Pokemon Sun and Pokemon Moon promise to take the series in exciting new directions by introducing some dramatic changes to its most familiar elements. In a new trailer, we get our first look at the new Pokemon Sun and Moon Alola forms, brand new Pokemon, and several new features.

The tropical Alola Region will be home to unique versions of some of the series’ most familiar Pokemon. For example, the Alola forms of Vulpix and Ninetales are ice-type Pokemon as opposed to fire-type like their cousins from previous generations. In a similar fashion, Pokemon like Sandshrew, Sandslash, and Exeggutor have been given new Alola redesigns as well. You can see all the Pokemon Sun and Moon Alola forms in the trailer below.

Along with these new Alola forms, trainers will also find brand new Pokemon in the Alola Region. One such monster seen in the trailer is Oricorio, a dancing bird Pokemon that will have several different forms based on the island it is found in. Other new Pokemon include the Rock Flying-type Minior, the normal-type Gumshoos, and the grass-type Fomantis and its evolution Lurantis. 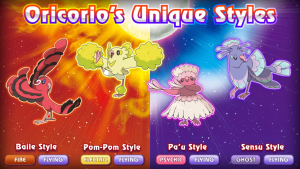 This new trailer also shows off some the new features to be seen in Pokemon Sun and Pokemon Moon. For example, we get our first look at the game’s new Z-Moves, powerful moves that can only be used once per battle. Much like the Mega Evolutions of Pokemon X and Y, a Z-Ring item and specific Z-Crystals will be needed to use the Z-Moves. But with the right crystals in place, your Pokemon will be able to unleash devastating attacks during critical moments in battle.

The trailer also reveals information about rideable Pokemon and new island trials. Part of the “Rite of the Island Challenge,” trainers must overcome a series of region-specific trials and defeat powerful “Totem Pokemon,” which will call upon the help of other Pokemon during battle.

Pokemon Sun and Moon will be released November 18 for the Nintendo 3DS. 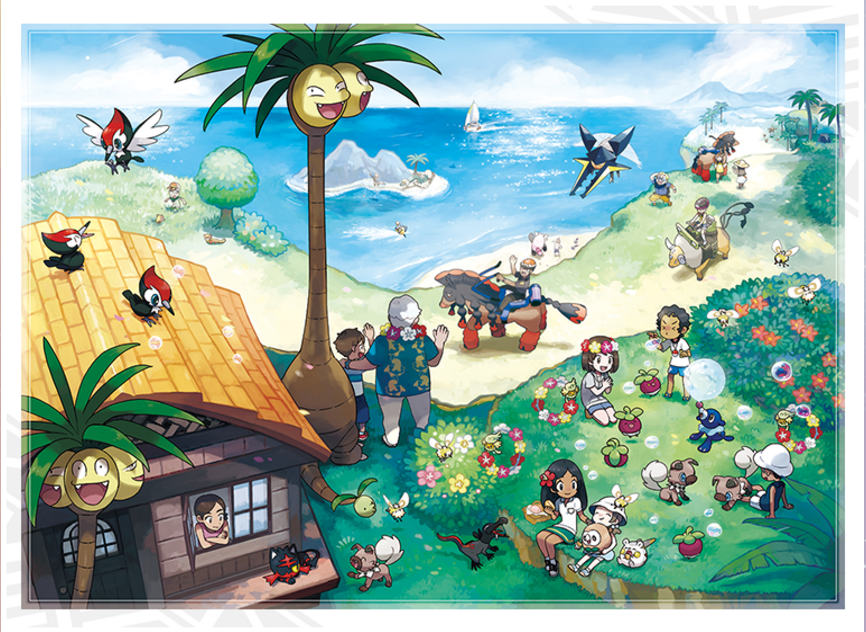