At GDC 2016 I had the honor of receiving a private demo of the upcoming rhythm-platformer Klang, being developed by Norway developer Tinimations and published by Snow Cannon Games. Already called SXSW’s most interesting indie title by Polygon, Klang is a fascinating take on the rhythm genre and includes platforming, killer music, and even combat. My time with the game was a ton of fun and was the most enjoyable rhythm game I’ve ever played, which says a lot.

The first thing that really jumps out of you when playing the game is the music, composed by EGM composer bLiNd. The music sets the pace for the game and really gets you in the mood to explore both the world and engage in combat with enemies using the rhythm-based combat mechanic. The premise of the game is that you are playing as an elite warrior named Klang who is attempting to free himself from the shackles placed on him by Soundlord Sonus. The neon visual aesthetic in the game perfectly fits the vibe that the music gives off and it looks fantastic from a visual standpoint. I was in awe playing the game because while I am incredibly musically inclined, the game was actually actually quite a challenge, which I saw as a good thing. Keeping up with the rhythm of bLiNd’s compositions was no easy task when fighting enemies, especially in the more difficult parts of the game when you have to engage in combat with what seemingly seems like an endless amount of enemies. You have to use the music as your combat mechanic and stay attuned to the rhythm, but it really works. I’ve never played anything like it and it, simply put, was a jaw-dropping experience. 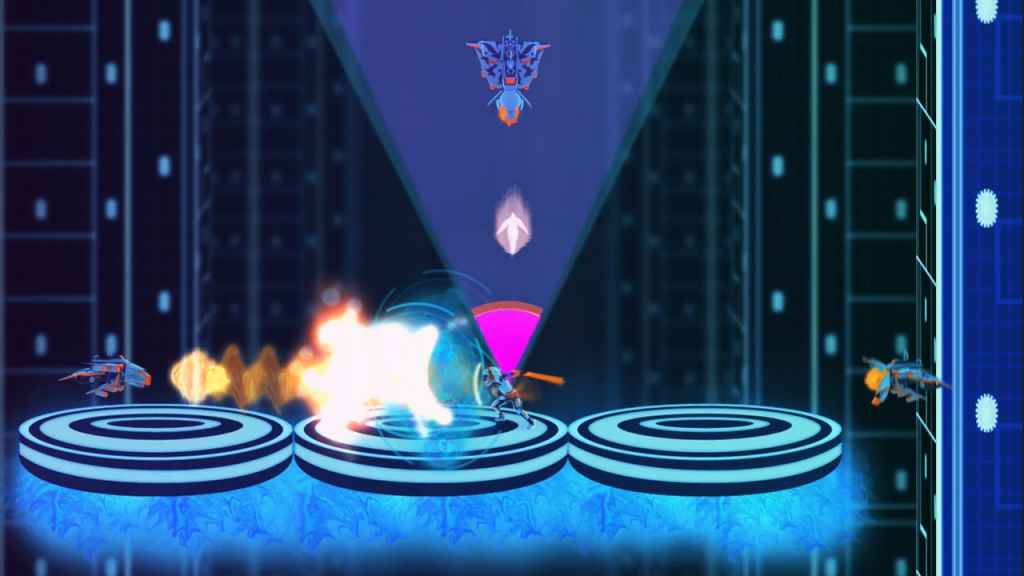 There are two difficulties in the game if I remember (maybe three): an easy mode (I think), a normal mode, and a hard mode. The most difficult part of the game is keeping up with the rhythm of bLiNd’s score during combat. There was one part where I actually had to turn the difficulty down a notch because, I hate to admit it, I couldn’t beat it. With more practice I probably could have, but, it was a quick demo (about 45 minutes long) and I wanted to try out all the aspects of the game that I could.

As much as I’ve talked about bLiNd’s score, the art and game designer of the game, Tom-Ivar Arntzen cannot go unnoticed. He has designed a masterful game and is the creative mind behind the title. I have never encountered such an exhilarating, fast-paced rhythm game like Klang and major props have to go to both bLiNd and Tom for putting together such an enjoyable experience. If not for their collaboration the game wouldn’t be what it is. The art design is so unique, the music is absolutely wonderful and it matches the design and the art perfectly. What it comes down to though is that it is just a lot of fun; challenging, but fun, and ultimately that’s what great games come down to. Hardcore gamers can enjoy it playing it on the highest difficulty, while your average gamer could probably get by with playing it on easy. 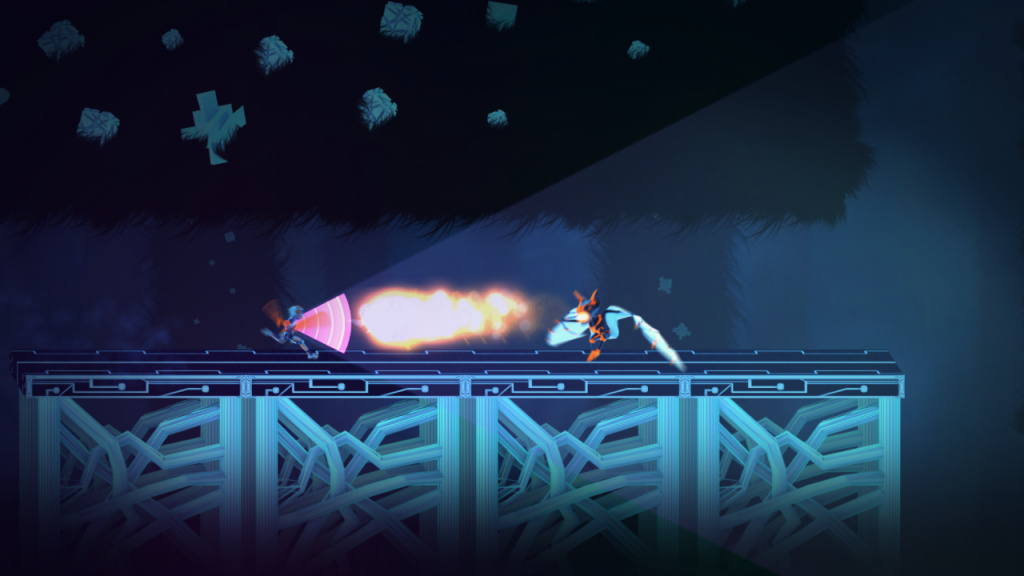 Klang is a game that is bursts with creativity. Both Tom-Ivar Arntzen and bLiNd have outdone themselves with creating the ultimate rhythm-platformer. The neon aesthetic, the graphics, the rhythm-based combat (which is a lot of fun and super hectic), and the music all come together and present a beautiful package of one of the best indie games that is coming out this year. Klang is releasing this year and is sure to be a hit considering how unique and fun it is. And that’s what it comes down to; despite the game’s difficulty, it is a lot of fun, and that’s what games are all about. If you’re not having fun, what’s the point? I sure did and I will definitely pick this up when it releases.