During E3 2016, we at Video Game Culture HQ had the unique opportunity to be able to sit down with Richard Iggo, Senior Director of Marketing at Telltale Games, following our demo of Batman The Telltale Series, which is set to debut next week. While our time with Richard was brief, we got to talk about Telltale Games’ approach to Batman, the importance of both the Bruce Wayne and Batman characters, and were even able to touch upon The Walking Dead Season 3. With the first episode of Batman right around the corner, this is the perfect time to reveal what we chatted about with Telltale Games right before players get to experience the first episode of Batman for themselves.

Morgan: I’m here with Richard from Telltale Games. First and foremost, thank you so much for your time. Just to start things out, over the years you’ve acquired a lot of different properties, but Batman is arguably the largest and most popular franchise that you’ve done up to date.

Richard: Yeah, with a certain audience. Of course, I mean Minecraft’s pretty huge. All of the IP that we’ve had the good fortune of working on have been amazing; The Walking Dead, Minecraft, The Wolf Among Us, which is another DC title, and now Batman; it’s mind blowing. We’re very, very lucky, put it that way.

Morgan: And over the last couple years you’ve acquired a lot of various properties. What was your approach in creating this game compared to the other franchises that you’ve worked on?

Richard: Well, I mean — I don’t know whether it’s a different approach. There’s certainly a huge amount of pressure there, right? I mean it’s Batman, so pressure is certainly a factor. With everything that we do we want to first of all create a compelling and emotionally powerful story regardless of what it is. I remember when we announced that we were going to do Minecraft Story Mode, people were like, well, ‘Minecraft doesn’t even have a story, that doesn’t even make sense,’ but hopefully we’ve shown that you can make a great story out of that and also make something emotional. I mean, spoiler alert, when Ruben the pig died, we had lots of upset moms calling us with their kids in tears over Christmas, so I guess that worked out. 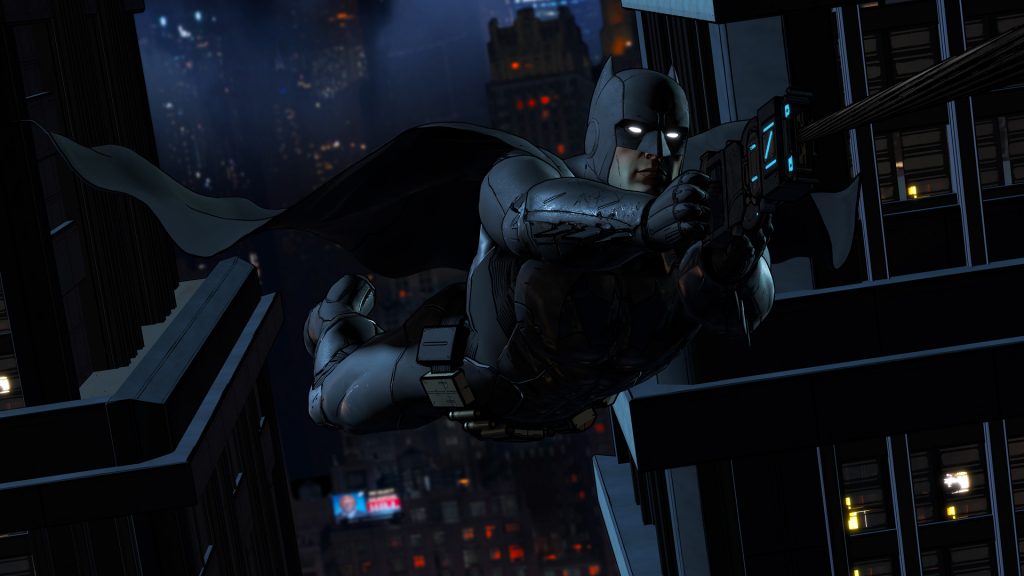 And obviously, going all the way back to The Walking Dead Season One, we had a lot upset when Lee died. So, having that emotional content in a really, really great story is what we do and so that’s the way that we’ve approached Batman. I guess the only real difference as far as Batman goes is obviously you’ve got this dichotomy between Bruce and the Bat, and we’re trying to explore that fully to see how they tie together, what their relationships are, what kind of situations it forces both into, being like two parts of the same character. So that’s certainly something different from what we’ve done before.

Morgan: Gary Whitta, who worked on Season One of The Walking Dead, once said that Telltale’s games very much involve emotional puzzles as opposed to traditional puzzles found in today’s games. How does that translate to the world of Gotham?

Richard: I think — and maybe I’m kind of transposing my own thoughts and feelings onto it — but I think Bruce has got this — he’s trying to do this thing, right, he’s driven to be Batman. But at the same time, he’s Bruce the man as well, and so again, you’ve got this dichotomy between the two and how it affects his relationships with other people in the world around him. 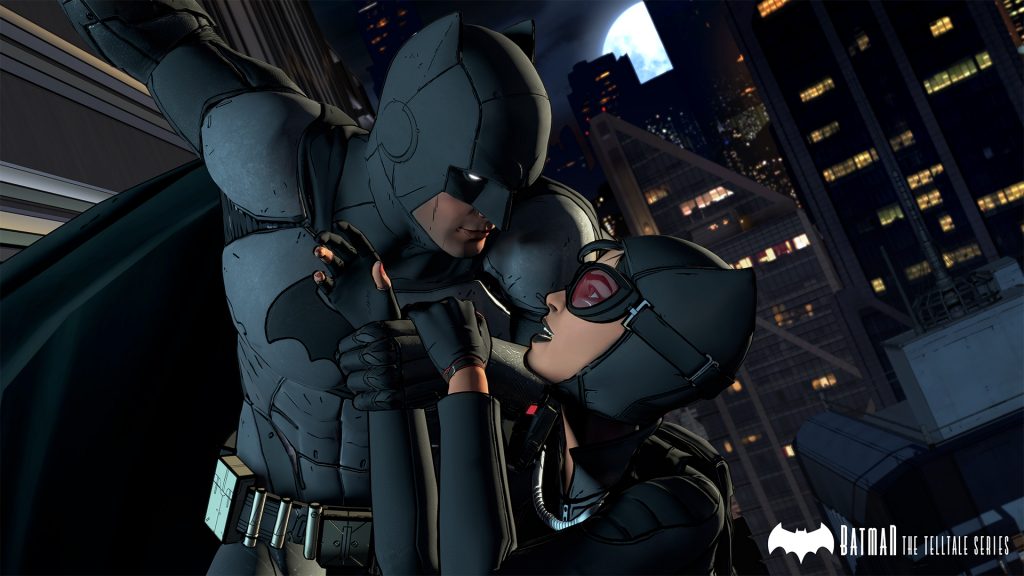 You saw Vicky Vale in the demo that we just looked at right there, and he seemed to quite like her, but at the same time, who knows where she’s going to go. She’s obviously very, very interested in what’s going on at Wayne Manor. She’s obviously very, very interested in Bruce supporting Harvey Dent and Harvey Dent apparently getting support from Carmine Falcone, but how do you handle the relationships? You might want to go into a certain direction but you understand as Batman, you really can’t, so that’s how those emotional puzzles come into it. It’s not like trying to say, well, I need to get the key over here to get to open this door, it’s like, how do I — can I get what I want, or do I have to, like Batman, sacrifice elements of something that appeals to me for the greater good, and that’s the emotional puzzle of Batman.

Morgan: What was the most exciting part of getting to work on Batman?

Richard: Oh, wow. I would say having access to over 75 years of content and try to figure out what we wanted to do with that. We are telling a brand new story from the ground up, and like I said to you before, it may seem from seeing this demo that you feel quite comfortable if you’re liking it; “I know who these characters are, I know what’s going on,” but we’re going to turn a lot of that on its head. We really want to A), create a brand new story within the Batman mythology and B), just do something that might be very, very surprising to Bat fans.

Morgan: I guess you kind of touched on this a little bit before, as far as the characters go, is there anything you can say about the dynamic between Batman and his alter-ego, Bruce Wayne — or I guess it’s kind of the other way around? 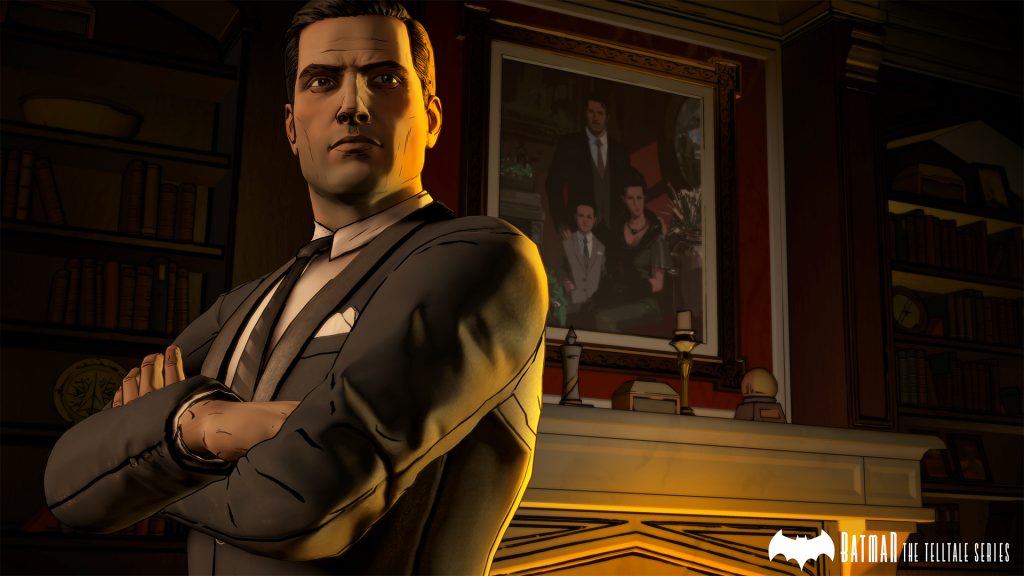 Richard: Well it’s both. It’s flows in both directions, right. I mean there’s stuff that might seem relatively minimal, so in the demo, you saw there was a moment where Catwoman, Selena Kyle, scratched Bruce Wayne on his face, and that was something that physically obviously affected him, which then came back to kind of haunt him if you like later as Bruce Wayne later in the demo. But that was relatively small I guess.

But there’s stuff like the handshake with Carmine Falcone, how you deal with that — people are watching. And that’s obviously going to affect your role as Batman, because then if you shake hands with Carmine Falcone, what does that mean for your relationship with Harvey and then what does that trigger down the line that you’re going to have to deal with as Batman, or conversely, you didn’t shake Falcone’s hand and then this guy’s now starting to take a dislike to you and now you’ve created an enemy in Carmine Falcone, the biggest mob boss in the city. Everything affects everything else.

Morgan: Unrelated to Batman, but I have to kind of ask, recently you just announced The Walking Dead Season 3, and you released a short teaser trailer. I don’t know if there’s anything you could say about that, but is there anything else you can you can reveal at this time? 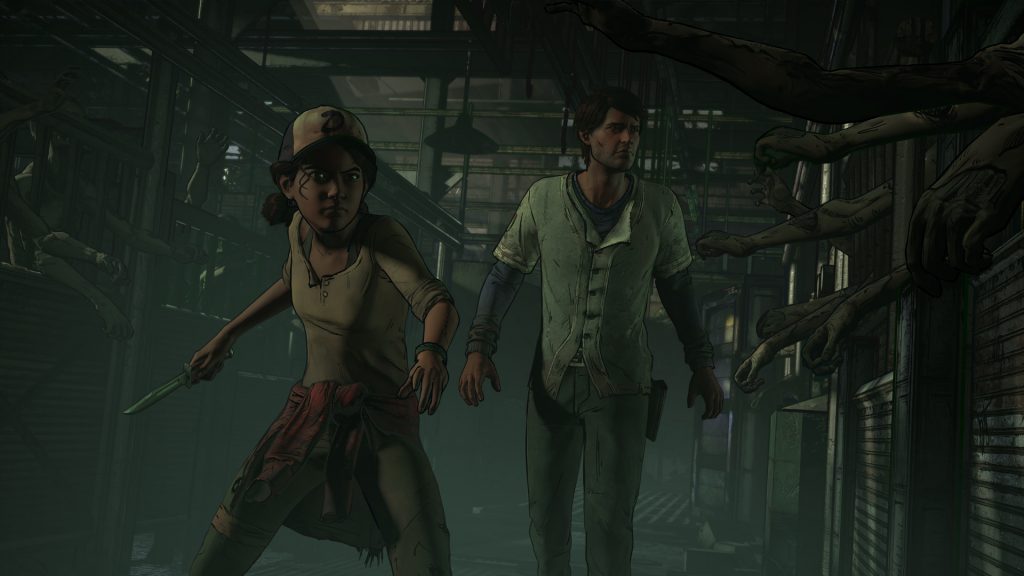 Richard: Not much beyond what we’ve shown right now. All I can say is we’ve definitely got Clementine; she’s back, and she’s playable. And we also have a character called Javier. He’s brand new to the season — to the series in fact — and he’s also going to be — you’re going to be spending a lot of time with him as well. It’s really hard to know what to say about it, other than be prepared for some more emotional gut punches — it’s The Walking Dead.

Morgan: Well, Richard, I really appreciate you taking the time out to speak with me and thank you very much.

Richard: Thank you, I appreciate it. Cheers, have a good E3!

Stay tuned to Video Game Culture HQ for our full review in the coming week.